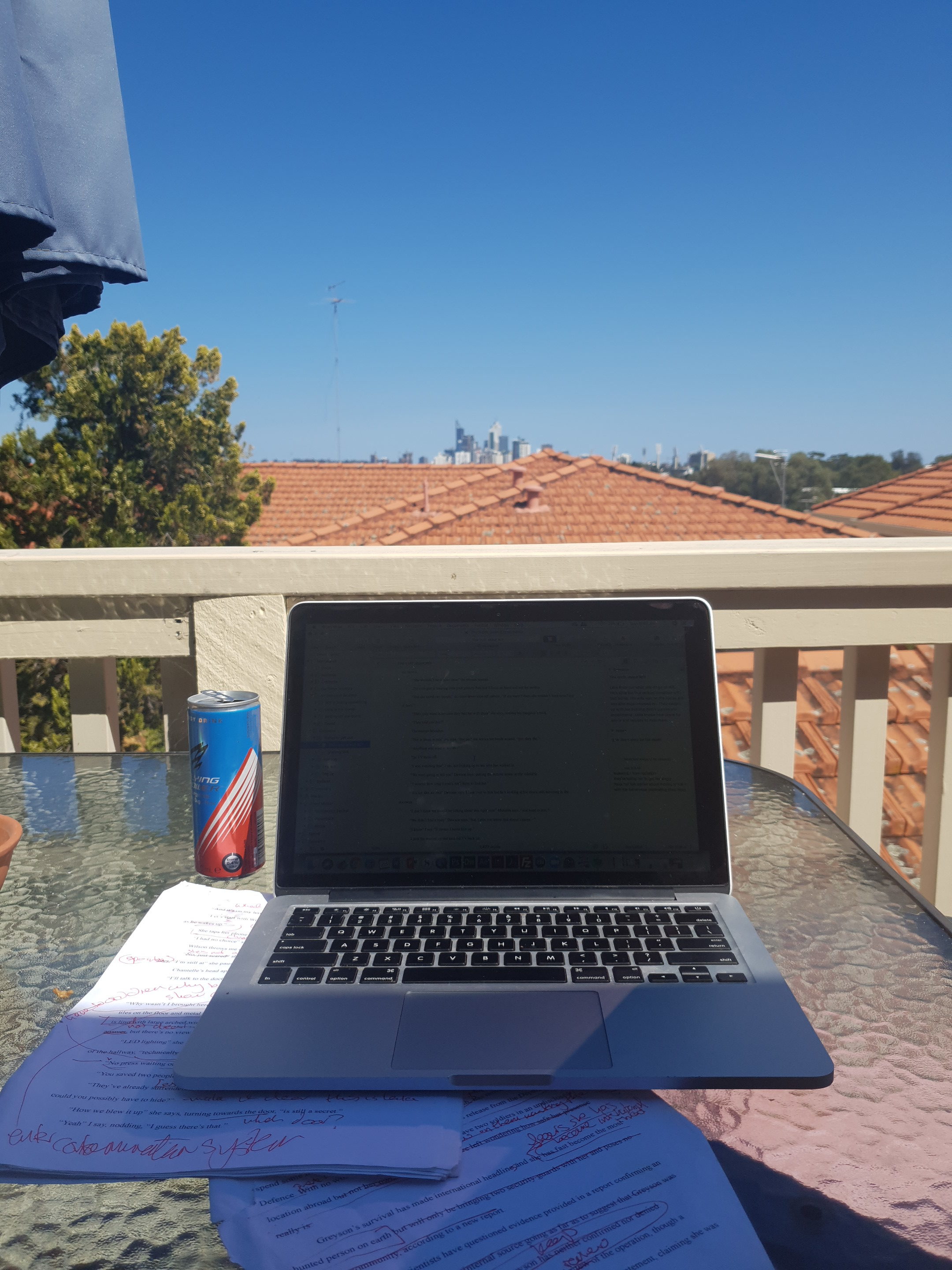 I finished editing my first draft over the weekend, but it didn’t feel like much of an achievement. I initially wrote the novel, and started this blog, because I wanted to take writing much more seriously. This first edit is one step on a very long journey.

With that being said, as I move onto the structural edit, here’s what editing the first draft has taught me:

Your first draft sucks. Even good first drafts suck. I love the characters I created, and I got caught up in some of the prose. There were moments where the plot made my heart stop, but there were also moments where I cringed.

I needed to rewrite the first and last three chapters. I needed to add a chapter in the middle. I deleted thousands of words and added words back in. I used far too many metaphors and had to cut them back. I love my story, but that first draft still sucked.

To put it another way: “Every first draft is perfect because all the first draft has to do is exist. It’s perfect in its existence. The only way it could be imperfect would be to NOT exist.” (Smiley, n.d.) [1]. A good novel is made in the editing, and you’ll be hard pushed to find any published author who will tell you otherwise.

#2 Set a deadline and get it done

Participating in NaNoWriMo helped me establish a writing routine. I wrote every day because I had a deadline. I got it done.

Writing a first draft is about getting something down on the page that you can refine later. Writing the first draft is all about conquering that voice in your head that says you can’t write a novel or your work just isn’t good enough:

“Awful first drafts are fine. If you don’t finish something, you’ll never get in the game. Just quell the voice in your head that says ‘Are you kidding? No one is going to want to read this drivel’ and keep on going. You’re going to revise and revise and then revise again anyway.” (Freveletti, 2011, para. 10)

Author Hannah Mary McKinnon explains it’s this fear that holds many writers back, suggesting they’ve set their expectations too high for what the first draft should look like (2018, para. 2).

Don’t worry – feeling like this is actually pretty normal. As Judy Blume explains: “I dread first drafts! I worry each day that it won’t come, that nothing will happen” (.n.d., para. 3).

All you have to do right now is have something to work with later. You should also remember that not everyone works well with tidy plot outlines and chapter synopses. It’s okay to be messy. Take Jennifer Egan, author of A Visit From the Goon Squad, as an example: “the bottom line is that I like my first drafts to be blind, unconscious messy efforts; that’s what gets me the best material” (as quoted in Lee, 2011, para. 10).

So just write the damn thing. Worry about tidying it up later. As Steven King says, “The scariest moment is always just before you start” (p.269).

#3 Don’t edit while you write

I always edited my work while I was writing it, and I never got anything done! I never finished anything. The critic in my head destroyed all my self-confidence.

When I wrote this novel, I did it in a month, so I had no time to edit. I came back to the novel three months later and I not only enjoyed reading it, but I wasn’t as emotionally invested in it. I no longer felt like cutting scenes was cutting out pieces of my soul.

Your first draft is about getting something down on paper that you can build on later. All you are doing is laying the foundations. Editing while you’re writing, for me, is a form of procrastination. I know I’m coming up to a tough scene when I feel the urge to stop writing and go back and edit instead.

There’s no point in editing while you’re writing the first draft, because you’re just going change it later. You’ll move scenes around. You’ll delete and rewrite scenes. That’s the fun part of editing; shaping your rough work into a polished story. As Neil Gaiman explains:

“The second draft is where the fun is. In a first draft, you get to explode. The objective (at least for me) is to get it down on paper, somehow. Battle through the laziness and the not-enough-time and the this-is-rubbish and everything else, and just get it written. Whatever it takes. The second draft is where you go and gather together the fragments of the explosion and figure out what it is you did, and make it look like that was what you always meant to do” (2008, para. 19)

You’re going to change what you’ve written, so don’t edit while you write. It’s a waste of time.

Have any tips of your own? Add them in the comments.

[1] This is often attributed to author Jane Smiley, however, I have not been able to find an accurate source for it.

McKinnon, H. M. How to get through the First Draft of your Novel. Curtis Brown Creative. Retrieved from https://www.curtisbrowncreative.co.uk/how-to-get-through-your-first-draft/