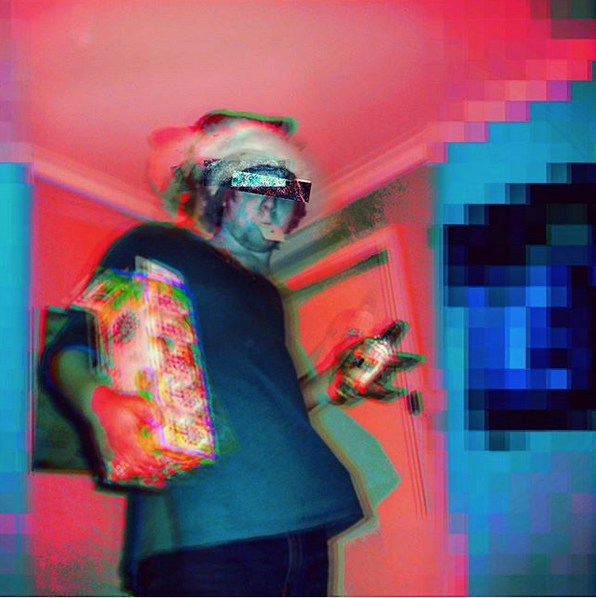 I first met, Jakob when I was coordinating the WA Poetry Festival (now called the Perth Poetry Festival) for WA Poets Inc, but I didn’t get to know him until well after I stepped down from the committee.

Jakob has published many zines, chapbooks (for both himself and others) and has (and continues to) run several events around Perth. He’s contributed a lot to building a community of young poets in Perth, which is something that wasn’t very prominent when I first got involved in 2011.

Jakob’s poetry is raw and confronting. His performances are like heated arguments and he’s not afraid to use silences to make you feel uncomfortable. This week I talked to him about the differences in his print and performance work, as well how poetry can have a political impact. Jakob Boyd’s first full length collection, City Without Stories, will be launched by Scott-Patrick Mitchell on the 3rd of November.

Do you think poetry can have a political impact? How much does the community around poetry and the sharing of poems define this impact?

As poets, I think we’ve all got this fantasy where we walk up to a president, a prime minister, a line of riot cops or a billionaire CEO and read a poem so earth shattering they turn against their systems of destruction, renounce their power and start a revolution… but for me, this isn’t where the impact of poetry is.

Poetry has a unique ability to unite communities that intersect between fringe art scenes, activist circles and disenfranchised groups. These communities exist in solidarity against an indifferent culture of spectacle that limits our political power. At open mics, people who would otherwise just pass each other on the street, share their deepest, loudest and strangest desires, passions and demands for a new world.

If ‘dominant culture’ restricts communication, strangles identity and limits our ability to collect as individuals – poetry communities can do the opposite. Build flexible, communal cultures that empower and strengthen.

Poetry isn’t a means to an end, it’s an end in itself; communities building cultures, rather than being subjects of them. And if we give everyone room, and knock each other’s socks off; folks will stick around and be inspired to spread these revolutionary cultures to everywhere else in their lives.

Politics is filled with language that can be quite the opposite of what we expect from poetry, do you struggle to incorporate this language into your poems and reconcile the two?

Man, tough question… I guess if the poet’s job is to make clear the unexplainable, then we should focus our efforts on policy documents, annual budgets, immigration legislation and negative gearing rather than just your everyday ennui. So yeah, in a more political poem, I do struggle trying to reconcile the two but you gotta keep going I guess; describe the impact of these jargons, boil them down to their essence, point out their ridiculousness.

How important is accessibility of meaning? Should one have to work hard to “solve” the poem?

I don’t think so. Sure a poem can be a puzzle, but it should be fun to solve. Poetry shouldn’t be a magic eye picture where, if you stare at it long enough, you get a fleeting moment of recognition. Don’t make your poem an IQ test. This thinking is why, to the vast majority, poetry is dead; coz everyone thinks it’s a labyrinth. When really, good poetry is more like a rollercoaster!

I like to play around, twist things on their head, make metaphors that lead nowhere… but this is for PLAY, not for obscurity. Each line should flick on a light in the reader’s/listener’s heart, each line should have weight, be direct, be clear. Poetry should be entertaining. It should provoke thought the way music provokes dancing.

You have a book coming out soon, congratulations! Do you think there is a difference between performance poetry and written poetry? Have you struggled to move between the two, given you are, predominately, a performance poet?

I like to think that poetry on the page is ‘performed’ through ink and white space the way poetry on the stage is ‘performed’ through sound and silence. It’s all poetry. On the stage it’s like music. On the page, it’s like painting. You can lean in to certain things on stage, like repetition, monologue & dialogue, emphasis. A rhyme or a flow sounds better on stage than it sounds in your head.

On the page you can be more subtle, more stark, more reflective. The poem can work on its own time without the temporal pressure of the stage.
But both can have electricity and dynamism. It’s all about playing to the strengths of the medium; figuring out ways of provoking thought.
Most of the works in the book were originally designed for performance (like all language?) but I’ve never found it too tricky making them work for the page with some minor chops and changes. Recontextualising….
and lots of enjambment…

You’ve run a lot of events in Perth which have helped support young and marginalised writers. Do you think the industry as whole is making more space for these voices?

It’s getting there? Spoken Word Perth, the nucleus of a huge boom of Perth poetry in the past couple years, is run entirely by women and trans folk. The champions and finalists of Perth Slam are almost always queer poets, non-binary folks and people of colour. This year saw the return of the multi-lingual, multi-faith workshop & showcase ‘Common Ground’ (go check them out). More gigs are making efforts to be physically accessible. More gigs and promoters are taking efforts to exclude abusive motherfuckers. From what I understand, it’s a lot less male dominated, a little less white, than it was just a few years ago. I grew up with posters for local poetry gigs on the walls, and the names are almost all dudes. These days, most poetry features you see, especially in the younger crowd, are much much more diverse. I think there’s been some huge leaps forward in the past couple years.

But there’s still problems… I like to think I do what I can… but I’m one of the major promoters in town and I’m a white dude, so there’s ultimately very little I can do for voices less privileged than my own. There are no gigs in town dedicated to people of colour. The Perth Poetry Festival often makes little room for voices and perspectives outside of it’s old white bubble.

I dunno. I’m not the best person to ask.

Let’s see where it goes in the next couple years…

What local poets/writers should we be reading/listening to?

All of them. Except the dickheads.

But if you see these names featuring at gigs, get on it, these are the big-hitters on the spoken word scene in 2018:

What events should I be going to in Perth and why?

It depends what you like! If you want a solid open mic – Spoken Word Perth. If you wanna win cash for a cracking poem – Perth Slam.

Check these out on the social media void and get out ya diary.

He’s organised and co-run a myriad of DIY events and projects currently including Dirtymouth Music and Poetry, Perth Slam, Hectic Measures Press and a variety of illegal music parties. Jakob has been published in Cordite 52, Street Light Press 12, OUTinPerth and by Mulla Mulla Press.

City Without Stories is Jakob’s first full length poetry collection. Out through Indifference Publications, City Without Stories collects five years of playful, dark and energetic verse in a semi-autobiographical odyssey through fast food kitchens, nihilistic suburbs, modern romance and the depths of Perth’s counter-culture; a punk-poets call to action to build our own culture from the ground up.