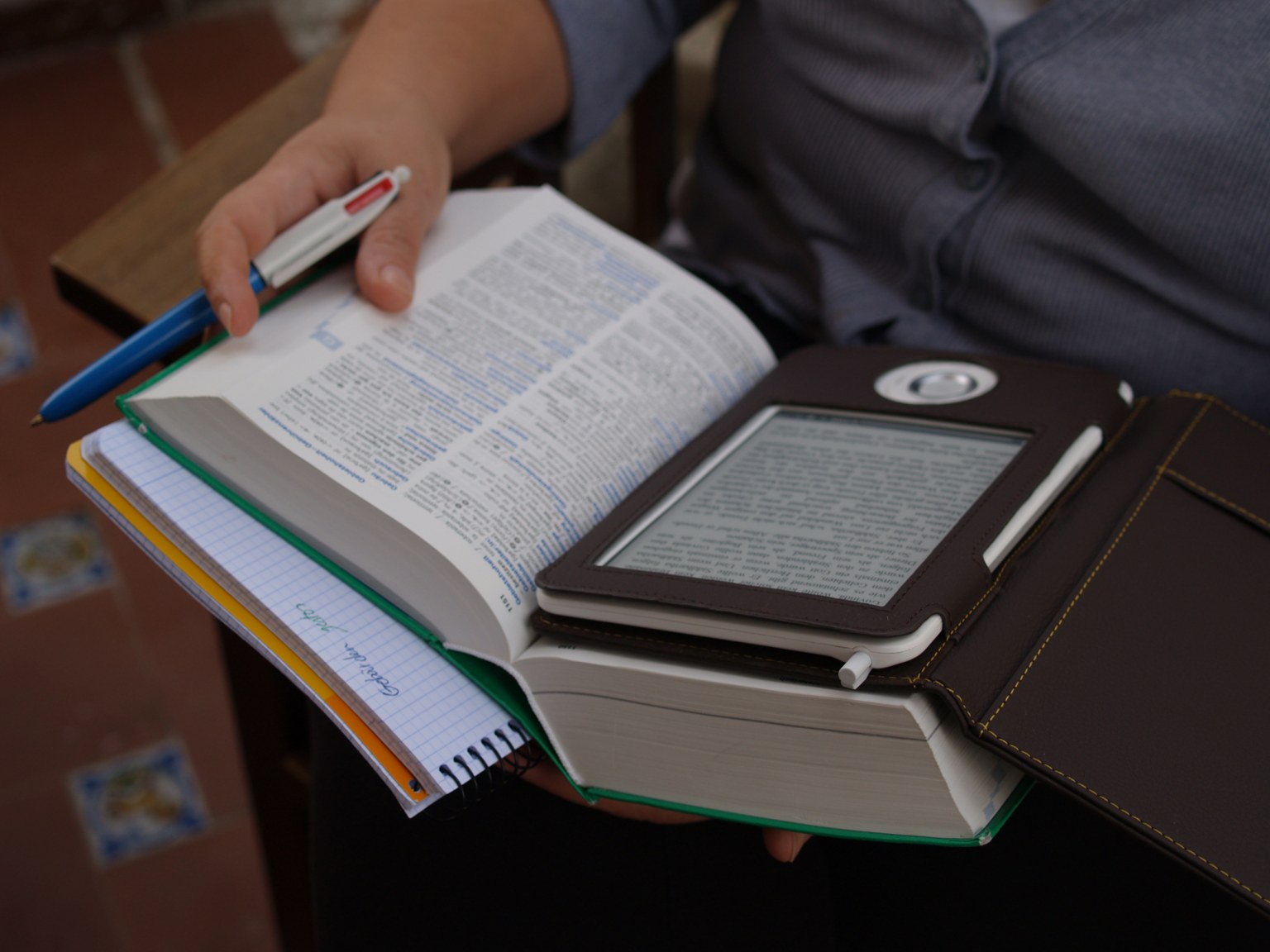 A few days ago I read an article by Brooke Boland, which covers three different trends in the publishing industry.  The one that caught my attention was the lack in growth in ebooks and digital publishing.

As someone with a background in electronic literature, I was quite eager to investigate why the accessibility of the ebook hasn’t resulted in growth and sales.

When discussing this in the article, Boland quotes Ash Davies, who suggests that there has been a decline in digital publishing because it distracts readers from what they really want; “Readers don’t care about interactive books and experimental webpages, or even about eBooks. They just care about reading a great story from the writer they love” (as cited in Boland, 2018, para. 10).

But have ebook sales really been declining?

Nick Earls points out the statistics used to account for this lack of growth do not represent as much of the industry as they once did (2017. para. 3). He refers specifically to how Nielsen figures “only record sales of books with ISBNs, something many independently published eBooks do not have” (2017, para. 7).

Earls also points out that the Association of American Publishers surveys 1200 publishers in the industry and does not count many smaller, independent publishers (2017, para. 16).

It’s therefore important to establish that a lack of ebooks sales in the data we do have doesn’t automatically equate to a lack of growth. With that being said, while I disagree with this being the cause of a supposed decline, I do agree that readers want to connect with stories, not distractions (Davies as cited in Boland, 2018, para. 10).

Having created several works of electronic literature, I find this to be the biggest battle; developing a work where the interactivity enhances, and doesn’t detract from, the story.

While I agree that this is an issue with more experimental digital works, I don’t think it holds much relevance to digital publishing. This is because electronic literature and digital publishing are two very different things.

A novel made to be delivered on a screen is not the same as a work of electronic literature, which highlights the way the reader can interact with and change to the work.

A work of electronic literature is a work that cannot be printed and read off screen. It needs the capabilities of the computer in order to exist (check out Arteroids by Jim Andrews for a more abstract example where you destroy the poem by blowing up the words, or Depresssion Quest, which is a non-linear narrative where you play as a character who has depression).

While digital publishing (and I vehemently disagree that electronic literature should be counted in this category) does still come with some challenges, it’s important not to conflate it with different genres that bare little resemblance to it, even if it is just to point out readers lack of interest in interactivity.

For example, the amount of interaction a reader needs to commit to in order to read an ebook is vastly different to what they’ll need to commit to for the two examples of electronic literature above.

In summary, I don’t think it is a lack of interest in interactive texts that is causing this perceived lack of growth.

What could be impacting the sales of digital publishing is the considerable risk the ebook format carries in terms of piracy.

For example, Maggie Stiefvater, author of The Raven Cycle series, has openly discussed how the piracy of her ebooks impacted the sales of her third novel Blue Lily, Lily Blue:

“BLLB’s e-arc [an advanced reading copy of an ebook] escaped the site, made it to the internet, and began circulating busily among fans long before the book had even hit shelves. Piracy is a thing authors have been told to live with, it’s not hurting you, it’s like the mites in your pillow, and so I didn’t think too hard about it until I got that royalty statement with BLLB’s e-sales cut in half.

Strange, I thought. Particularly as it seemed on the internet and at my booming real-life book tours that interest in the Raven Cycle in general was growing, not shrinking. Meanwhile, floating about in the forums and on Tumblr as a creator, it was not difficult to see fans sharing the pdfs of the books back and forth. For awhile, I paid for a service that went through piracy sites and took down illegal pdfs, but it was pointless. There were too many. And as long as even one was left up, that was all that was needed for sharing.” (2017, para. 10-11)

Unfortunately, Stiefvater also faced another problem; many people thought the lack of sales was due to a declining interest in the series, and not ebook piracy (Stiefvater, 2017, para. 12-17). In order to prove that the lack of sales was a direct result of ebook piracy, Stiefvater and her brother made a PDF of the book that was just the same four chapters repeated (Stiefvater, 2017, para. 17).

Stiefvater explains that “dozens of posts appeared saying that since they hadn’t been able to find a pdf, they’d been forced to hit up Amazon and buy the book. And we sold out of the first printing in two days.” (2017, para. 19-20).

It only takes a quick google search to see the overwhelming concern authors and publishers have with ebook piracy. Even The Guardian weighs in on the debate, quoting Stiefvater with the title “We’re told to be grateful we even have readers”.

As well as Stiefvater, the article quotes other authors, such as Tom Pollock who explains that  “in an economy based on market signals, the signal being sent if people pirate rather than buy or borrow is: ‘Nobody wants this’” (as cited in Flood, 2017, para. 15). Pollack also points out that “if you normalise the practice of pirating books, you erode incentive for people to pay for them, so eventually, people who would have bought them stop doing so” (as cited in Flood, 2017, para. 16).

A possible reason for the lack of growth in digital publishing, could, therefore, be that it’s simply too accessible.

With that being said, I don’t think we should be discounting digital publishing as a being a viable approach for both new and established authors. As Earls explains:

“From the practical perspective of writers wishing to connect their work with readers, it is prudent to see both paper and eBooks as significant for any book-publishing project in the present and near future, and to develop strategies to meet both of them. It is also prudent to look beyond both platforms to another, one that had long been regarded as a peripheral player: audiobooks” (2017).

Boland, B. (2018). What are the latest trends in publishing? ArtsHub Australia. Retrieved 30 May 2018, from http://publishing.artshub.com.au/news-article/features/writing-and-publishing/brooke-boland/what-are-the-latest-trends-in-publishing-255783

Earls, N. (2017). Has the print book trumped digital? Beware of glib conclusions. The Conversation. Retrieved 30 May 2018, from https://theconversation.com/has-the-print-book-trumped-digital-beware-of-glib-conclusions-77174

Flood, A. (2017). ‘We’re told to be grateful we even have readers’: pirated ebooks threaten the future of book series. The Guardian. Retrieved 1 June 2018, from https://www.theguardian.com/books/2017/nov/06/pirated-ebooks-threaten-future-of-serial-novels-warn-authors-maggie-stiefvater