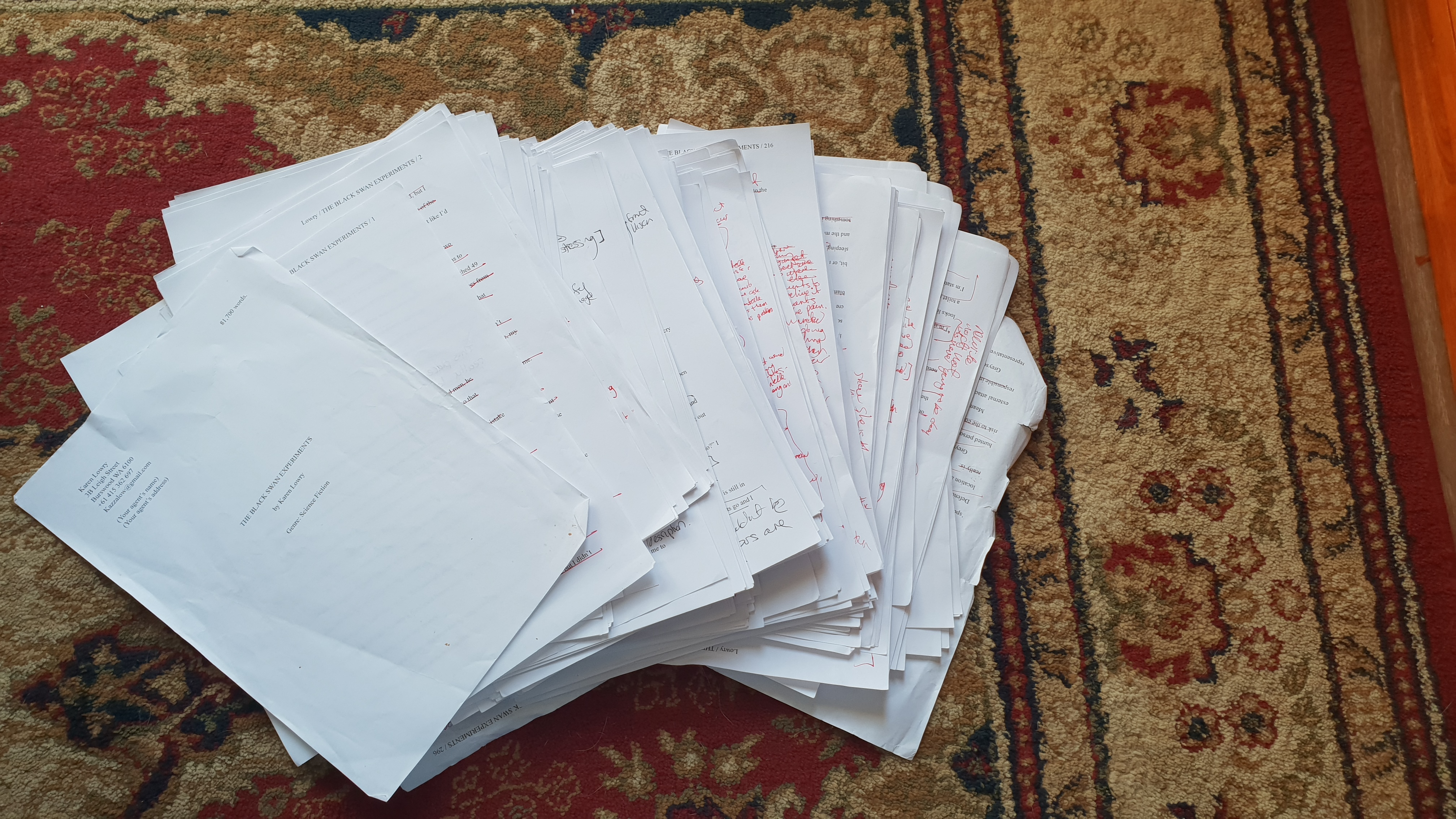 When it comes to editing a novel, Stephen King suggests leaving your first draft to rest. “How long you let your book rest” (2010, p. 211) he says “–sort of like dough between kneadings–is entirely up to you, but I think it should be a minimum of six weeks” (2010, p. 211). I left mine for three months. I took two holidays, spending two weeks in the USA and then one week in Sydney and two weeks in New Zealand. Then I picked the manuscipt back up. As King explains, when you pick your book up again:

“It’s yours, you’ll recognise it as yours, even be able to remember what tune was on the stereo when you wrote certain lines, and yet it will also be like reading the work of someone esle, a soul-twin perhaps. this is the way it should be, the reason you waited. It’s always easier to kill someone else’s darlings that your own” (2010, p. 212 – 213).

King was right. I was very happy with my first draft, and I was happy when I finally picked it up and reread it, but it was easier to find plot holes, question character motivations and cull the parts that were my favourites.

I’ve now done the first read through, made a lot of notes and done a lot of research. Now the hard work begins. I stalled for a few days before I moved back into Scrivener, but I did eventually open it and start writing, or rewriting I should say. I love the story, I love the characters. I want to spend more time with them, so I write.

I say rewriting, because my first three chapters need a lot of work. I’ve been reading Troubleshooting Your Novel by Steven James and, in his chapter “disruption” he talks about the promises the opening makes to the reader.

It’s my opening chapters that need the most work. The moments before the inciting incident are crucial to the plot, but the reader didn’t get to experience them in the first draft. I had written them all in past tense and provided only a summary. I’m currently rewriting them in present tense, and I keep coming back to this quote by James; “A story’s inception occurs when normal life is disrupted–typically when a calling is offered or a crisis occurs” (2016, p. 24).

James says there are two kinds of openings, “The sea is calm–but a squall is gathering on the horizon. The sea is angry, and the boat is about to sink.” (2016, p. 24). I had written the second but, given how important the calm sea is (in that it’s not really as calm as it looks, there are sea monsters lurking underneath), I really needed to be writing the first. So it begins.